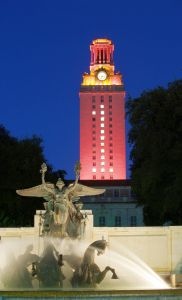 Under30CEO compiled a listing of the 30 top large cities for entrepreneurs, and guess who topped the list? Of course, it’s no surprise the number one choice was Austin, as residents here have seen a marked uptick in the entrepreneurial spirit and high-tech jobs that are popular with youth, and a quality of life that adds even more to the city’s appeal.

Under30CEO based the ratings on factors such as local resources, culture, atmosphere, and overall appeal to twenty-somethings. All these factors play a huge role in deciding where to start a new business, and Austin appears to fit the bill. Real estate options abound for this optimistic crowd, with many choosing to live in central Austin near the nightlife, live in north Austin near many of the tech hubs, or live in trendy south Austin for Austin flavor.

Events like SXSW and SXSW Interactive are popular among this crowd, and local colleges such as the University of Texas are seen to add to an already talented, educated pool of workers. Another appeal of Austin is that its cost of living is lower than that of many large U.S. cities. Under30CEO also cited companies with offices in Austin that appeal to this demographic: Hostgator, HomeAway, Facebook, and Google.

Under30Media markets itself as the leading media property for educated, ambitious 20-somethings.

Young People in a Post-Recession Era

According to the Austin Business Journal, there is even more positive news for young people in Austin. The Business Journals named Austin the top metropolitan area for “the best chance for young adults to establish themselves in post-recessionary America.”