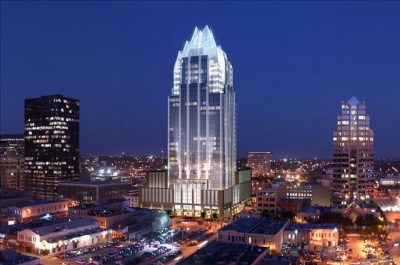 Statistics compiled by the Austin Chamber of Commerce from the Texas Workforce Commission and the U.S. Bureau of Labor Statistics, among others, reflect a continued strong economic market in Austin. Notably, Austin ranks number three in the United States in job growth with a 3.5% change over the last 12 months, resulting in 28,200 new jobs in public and private sectors. Austin is now 44,200 jobs ahead of its pre-recession peak jobs total.

In regards to unemployment, Austin has the second lowest rate out of the 50 largest metro areas, at 5.3%, compared to 6.6% this time last year. Austin’s fastest growing jobs segment over the last 12 months was “Professional and Business Services,” which added 10,700 jobs.

“The positive economic numbers are really starting to speak for themselves,” said Regent Property Group Founder Brian Talley. “We have been seeing strong indicators in the Austin real estate market all this year, and now we can see why: Austin’s economy is roaring back to become one of the strongest in the nation.”

While Talley says Austin had a “gentler” decline in real estate prices and sales compared to many areas of the country, positive news is welcome, especially since economic indicators are interrelated.

“Continued economic improvement equals continued real estate market improvement. We see a lot of people moving here for new jobs, and more people beginning to see promotions within their companies. These people want nice homes, perhaps even Austin luxury homes, and want to enjoy the Austin lifestyle. We have a lot to offer in this town, and it seems even more people are realizing it!”

Texas also is showing positive signs, with a combined public/private sector job growth rate of 2.6%. Four out of the top 10 cities for job growth were in Texas, with Houston named the number one growth market in the U.S. Texas has added 248,800 jobs from its peak employment on November 2008, and Texas’ unemployment rate is now 6.3%, compared to 7.6% last October. The United States, on the other hand, remains 4.3 million jobs short of peak employment set on November 2007.