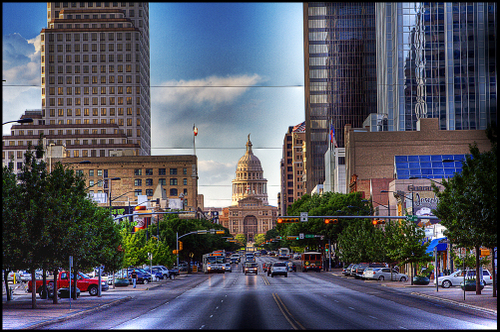 Local Austinites have known their city is one of the best places to live in the United States, whether home is a darling single family stunner in Great Hills or an Austin luxury home in Eanes ISD, and now multiple publications have made it official. In 2010, Austin was recognized as the number one performing metropolitan area in the United States, affirming the City’s national reputation as a thriving center of human capital and innovation that attracts businesses while contributing to a prosperous regional economy.

2011 finished as an equally banner year, with recognition from a wide range of publications that noted Austin for strong job growth and a high quality of living. These “best of” findings include, among others:

–        Second among cities considered an IT startup ‘Hot Spot’ by PayScale, Inc.

–        Top 20 of the Strongest Performing Metropolitan Areas in the U.S. by the Brookings Institution.

If Austin has persuaded you to call it home, then contact an Austin Realtor whose reputation also ranks as the “best of Austin” to start a new Austin home search.