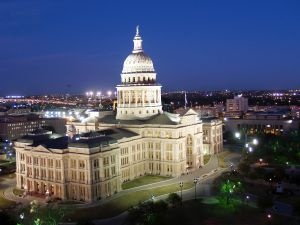 From Travis Country to Barton Creek, Austin-area home sales continue to increase. According to a Multiple Listing Service (MLS) report released last month by the Austin Board of REALTORS®, January 2013 became the 20th straight month of sales volume increases—and the most home sales in January since 2007.

“The Austin real estate market showed steady growth in demand throughout 2012,” commented ABoR Chairman Cathy Coneway, “and if the first month of 2013 is any indication, this year looks to be continuing that momentum in a big way.”

The Austin market also featured one percent fewer new listings, 25 percent fewer active listings, and 25 percent more pending sales in January compared to 2012. On average, homes spent 71 days on the market, which is a decrease of 14 days from last year’s numbers.

“The inventory of homes in Austin continues to feature unprecedented lows, and sales prices are starting to reflect that. Those entering the market should be prepared to compete for properties,” concluded Chairman Coneway.

The market featured 2.5 months of inventory in January 2013, which is 1.6 months less than January 2012 and the lowest inventory figure seen in the Austin area in the last decade. Additionally, the median price for Austin-area homes increased to $197,900. That’s 10 percent more than the same month in 2012.

Austin REALTOR® Brian Talley is ranked among the top 1% of selling agents out of the 5,313 Austin Board of REALTORS® members. Talley is a personal top producer, closing multi-million dollars of transactions for luxury homes located all over Austin. He is also the founder of Regent Property Group. Looking for a home in Central Texas? Brian helps home-buyers stay on top of the latest in Eanes ISD home trends!