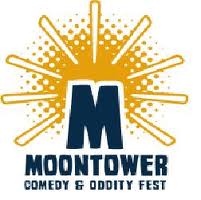 Saturday Night Live cast members and patrons of stand-up comedy have decided to hold a Comedy Festival in Austin April 24 – 28, called “Moontower Comedy & Oddity Show.” The Festival will showcase over 60 performers and 200 performances and will take place minutes from Lake Austin at the historical Paramount Theater on Congress Avenue. The headliners include Seth Meyers, Aziz Ansari and Steven Wright. Performances will include stand-up, improv, sketch, and musical comedy, along with a film festival.

Take a look at the Moontower Comedy & Oddity Show website to begin getting laughs. The website is set up like a screenshot of the popular video game, The Sims, and is a layout of South Congress, including The Paramount. There are single performance tickets available as well as badges with comedic names such as the “You Betcha I’m Somebody” Pass and the “Hell yea I’m a VIP” pass, each ranging in price according to amount of perks.

The four-day comedy festival will not only feature nationally recognized acts, but will include local acts as well. The Paramount Theater and other local businesses such as Cap City Comedy Club, the Austin Chronicle, and The Patrón Spirits Company are sponsoring the event. Like most other festivals in Austin, The Moontower Comedy Festival has reserved a limited number of hotel accommodations that may be booked through the website. These will likely run out fast, so be sure the make booking a priority!

If you are looking to make comedic Austin a permanent home, perform an Austin Home Search and let a Regent Property Group Austin REALTOR® help you find the perfect place to call home.