Amy’s Ice Creams knows how to bring a smile to the face of nearly every Austinite, whether through the fantastical shows their staff puts on to prepare a cone, the wacky combos their menu boasts in order to challenge customers’ tastebuds, or simply with some of the best ice cream ever made on the planet. Never one to rest on their laurels, this summer Amy’s is offering up even more fun with special movie nights at their Burnet and 6th Street locations.

Monday nights at the Burnet Road location, a quick drive from homes in the Milwood and Rob Roy areas, are great for the little ones, as most of the movies on the roster are rated G. The movies start at dusk, though (around 8:45pm), so those little ones will definitely need to take a long nap before they get to party the night away with movies and ice cream.

Austin 27: The Secret of Nimh 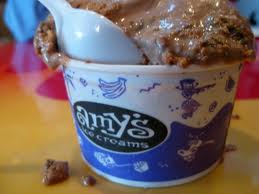 The 6th Street location in downtown Austinoffers movies that are great for a little bit older family crowd, with a mix of action, science fiction, and comedy movies on Tuesday nights. This location even offers a double feature, so families can make a really full night of it. Nearby restaurants that offer take out options for a parking lot picnic include Whole Foods, 24 Diner, and Snap Kitchen, and of course dinner can be followed by dessert from the Amy’s menu. The double features start at 8pm and run through August 28th.

Easy access to some of the great events this city offers is definitely something prospective buyers should consider when involved in an Austin home search. Amy’s has a variety of locations throughout town so being close to one is easy, and the ice cream fans at Regent Property Group can help track down the best place for anyone looking for that new home.