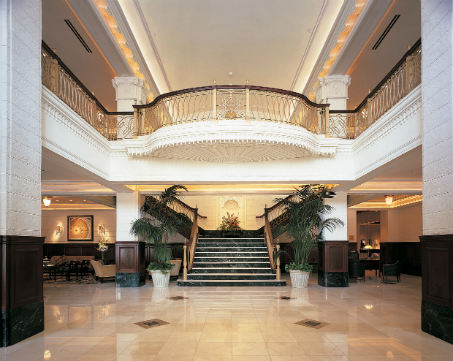 Iconic InterContinental Stephen F. Austin Hotel is about to celebrate its 90th birthday. The hotel first opened its doors at 700 Congress Avenue on May 19, 1924 in the heart of downtown Austin, Texas, four blocks from the State Capitol. Originally named, “The Texan” by builder T.B. Baker, local citizens quickly rallied to rename the stately building to memorialize beloved statesman and Father of Texas Stephen F. Austin.

The hotel’s dusky brown Art Deco façade has remained a famous Austin landmark for nearly 90 years and has seen a great share of Austin’s history. Lyndon B. Johnson used the Stephen F. Austin Hotel as his campaign headquarters during his 1937 run for the House of Representatives. George Bush, Sr. once used the presidential suite as a makeshift office.

Despite several million-dollar remodels and owner changes over the decades, the hotel retains its classical style and Texas charm. Director of Sales and Marketing Danelle Awtrey said when the Stephen F. Austin was bought by InterContinental Hotels and Resorts in 1999 and reopened in May 2000, “The hotel was restored and rebuilt to look like it did in 1924, giving you a good glimpse into the hotel’s history.”

The Stephen F. Austin InterContinental even has garnered attention from Hollywood. “The hotel has done a lot of work with Universal Studios, the Texas Film Commission, and Troublemaker Studios,” said Awtrey. “In the first week the hotel reopened in 2000, a scene in ‘Miss Congeniality’ with Sandra Bullock was filmed in the ballroom. The VIP party for ‘Grindhouse’ was also held here, and, most recently, it was featured in Robert Rodriguez’s latest film, ‘Machete.’” 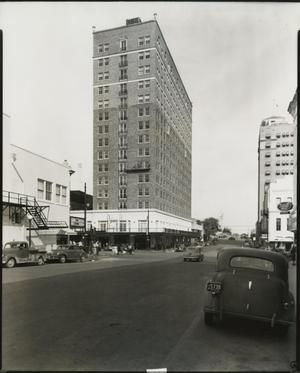 The 16-story hotel holds 189 guest rooms and suites. Marble floors and an elegant grand staircase grace the lobby, and each beautiful guest room features custom wood furniture and marble baths. A second floor bar and outdoor terrace give guests a chance to kick back and feel at home watching an Austin, Texas sunset flood the west.

With the latest multi-million dollar renovations completed in February 2013, the InterContinental “Stephen F.” is destined to remain a beautiful, historic treasure and a home away from home in the heart of Downtown Austin for decades to come.

Austin REALTOR® Brian Talley celebrates the history and the legacy of the InterContinental Stephen F. Austin Hotel. Looking for a luxury home in River Place? Brian helps home-buyers stay on top of the latest in waterfront home trends in ATX. Check out Austin homes for sale!