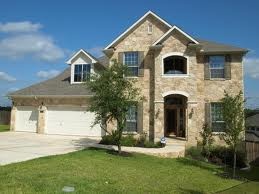 December 2012 was the 19th straight month of existing home sales volume increases, according to a recent report released by the Austin Board of Realtors®. The report indicated total dollar volume of sold single-family properties was $513 million, 35 percent higher than December 2011.

According to ABoR, 1,828 single-family area homes were sold in December 2012, an increase of 17 percent from December 2011 – and, noticeably – the most home sales in December since 2006. The report speculated that Austin real estate momentum will continue in 2013.

“What I found particularly remarkable is that Austin’s real estate inventory is now the lowest in a decade,” said Regent Property Group Founder Brian Talley. “With only 2.7 months’ worth of homes available, we can anticipate prices to increase even more in the near future.”

2013 Chairman of the Austin Board of Realtors® Cathy Coneway said, “This is the strongest year for the Austin housing market we’ve seen since the recession. Each month brought double-digit increases in home sales volume and double-digit decreases in active listings.”

How did the numbers stack up for the year? Here are the 2012 Year-End Totals: