Craftsman-style homes celebrate designs and features that are handcrafted by artisans and were an early 20th century response to the prominent mass production of homes during the Industrial Revolution in Britain. The Craftsman homes movement was sparked by the larger Arts & Crafts Movement in Britain.

What is a Craftsman home?

Intended to showcase the value of skilled labor, Craftsman-style homes are individual in detail by nature.

In the interiors of Craftsman-style homes, expect to find attention to detail in terms of what is accomplished with wood in a functional yet beautiful way, including features like

Despite the handcrafted nature, Craftsman-style homes have a distinct simplicity overall and are designed in such a way as to offer maximum functionality. They also tend to have a cozy and welcoming appeal, with lush natural colors and textures. 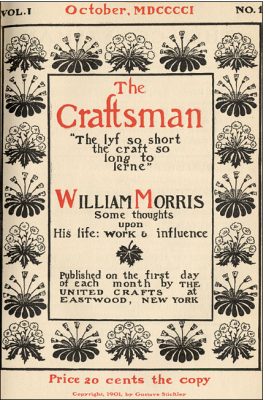 First issue of The Craftsman

True Craftsman-style homes can be found in the central areas of Austin that experienced most of the homebuilding in the early party of the 20th century. These neighborhoods include

Homes with styles that derive touches from Craftsman homes can be found throughout Austin.