Austin is the #1 City in the Nation for Population Growth

Austin has been designated America’s fastest-growing city by Forbes Magazine. This is the third year in a row our “small town” city has topped the list. According to Forbes, Austin had a 6.3% expansion in its economy and a 3% increase in jobs in 2012, and Austin is expected to have an estimated population growth rate of 3% for 2012 and this year. Austin’s unemployment rate also has been around 5%, well under the national average. These factors have contributed to increased pressure on Austin homes for sale and luxury properties in Austin.

Much of the city’s thriving status is due to large local businesses like Dell and Whole Foods, expansion from companies such as Apple and National Instruments (who recently announced it will add 1,000 new jobs in Austin,) and the perception of Austin as an increasingly popular startup market.

These are the same points Governor Rick Perry has been professing on his recent privately-funded economic development trip to California to spread the word about Texas’ business appeal. Perry visited San Francisco, the Silicon Valley, Los Angeles, and Orange County, meeting with business leaders in the industries of high tech, biotechnology, financial, insurance, and film.

Texas: the Most Dynamic Economy in the Nation

In addition to Texas’ domination of the fastest-growing cities, Business Facilities magazine named Texas its 2012 State of the Year for having “the most dynamic economy of any state in the nation.” Texas also won this honor in 2007 and hasn’t finished below second place in all the time since. 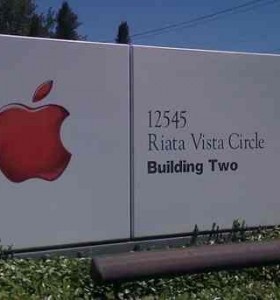 Business Facilities Editor in Chief Jack Rogers was quoted: “The job-producing engine in the Lone Star State barely sputtered during the Great Recession, bouncing back over pre-Recession levels faster than anywhere else in the U.S. As our friends in Texas like to remind us, if Texas was a separate country, its economic vitality would rival most of the world’s leading economies and even give the U.S. a run for its money.”

Texas garnered yet another accolade when U.S. Department of Commerce data placed Texas as the top exporting state for the 11th year in a row.

Perry said, “Our longstanding commitment to holding the line on taxes, keeping our workforce strong, and maintaining reasonable regulations and fair courts has led to more than a decade of leading the nation in exports.”